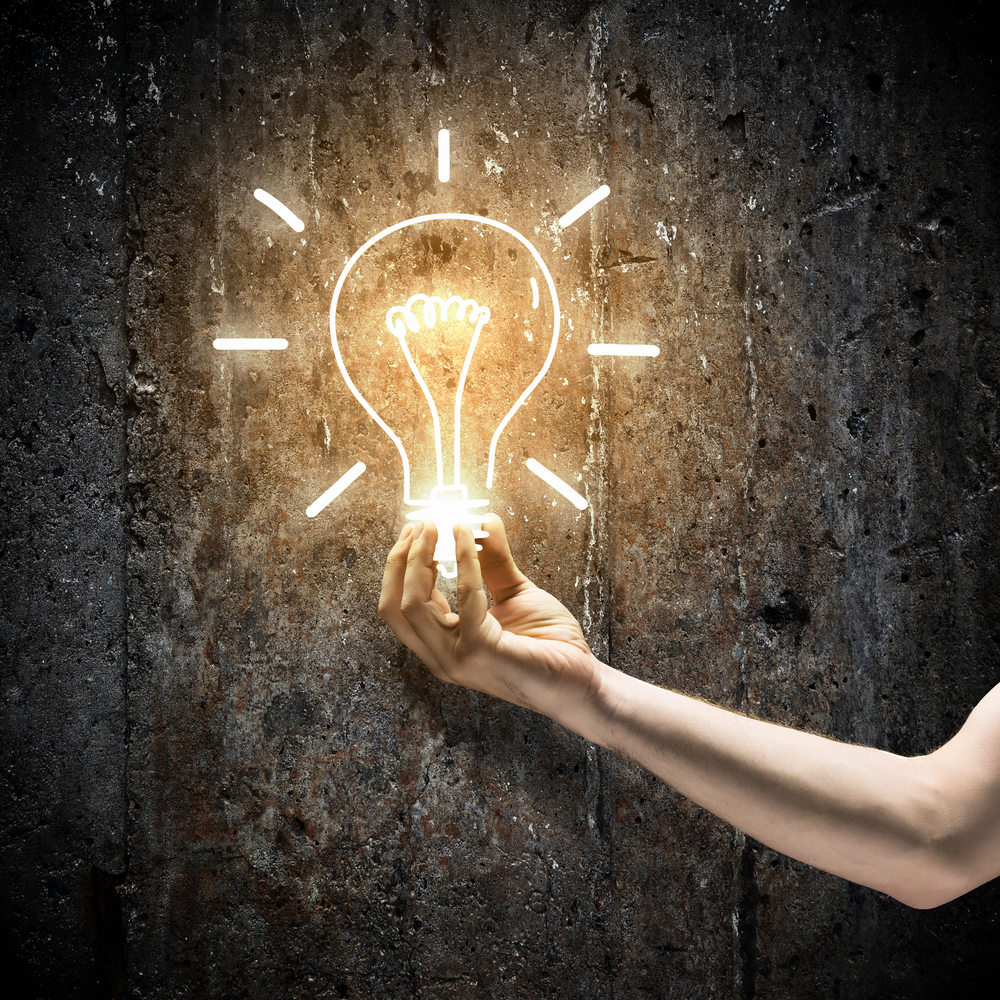 What Is The Result Of Wasted Energy?

Of the $350 billion that Americans spend on electricity, nearly 75% of energy in the United States is wasted.

It’s a staggering figure, especially considering the costs associated with that wasted energy and the impact of energy production on the environment.

It’s no secret that more and more companies are attempting to do their part in changing the direction of this country’s energy use.

Retailers like Wal-Mart, Albertson’s and CitiBank are among some of the most energy-efficient companies. On the industrial and manufacturing side, companies like Starbucks and Estee Lauder Companies Inc. are using renewable energy and other energy efficient practices at their manufacturing plants.

If major retailers and manufacturers are investing in equipment and practices that reduce the amount of energy wasted, there must be a good reason why. After all, companies that don’t have a healthy bottom line don’t stay in business long. 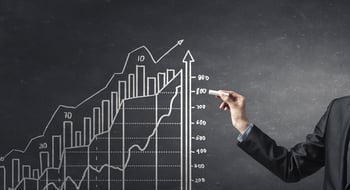 It’s clear that keeping energy costs low and reducing the impact energy production has on the environment can benefit everyone. Yet energy conservation is more than simply shutting off a light switch when you leave the room. At the industrial level, energy conservation can have a significant impact and can be achieved through a number of sustainability initiatives.

But what happens when companies choose to go in a different direction and cause energy waste?

Another major contributor to a company’s carbon footprint is transportation. If your company generates hazardous waste, you must legally remove that waste off your property and transport it to another location for recycling or disposal.

Several manufacturers transport their hazardous waste to cement kilns for fuel blending. However, if your company is located in the western United States, one of the cement kilns is located more than 1,600 miles away in Benton, Arkansas. 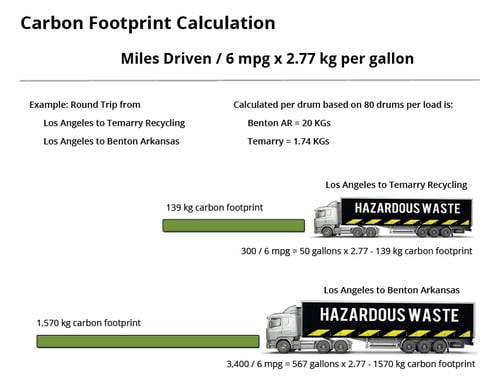 You can see the significant impact that distance makes on your company’s carbon footprint below versus transporting your waste to a closer facility, such as Temarry Recycling, for recycling.

In the manufacturing industry, most direct emissions are produced by consuming fossil fuels for energy, according to the EPA. When electricity in particular is used and produced, carbon dioxide emissions comprise the vast majority of greenhouse gases. Methane and nitrous oxide gases are also produced.

The more reliant a company is on electricity, the higher the carbon footprint of that company will be. However, more companies are beginning to take a closer look at renewable energies, such as electricity that comes from wind and solar sources.

In fact, the EPA awarded Kaiser Permanente, the nation’s largest nonprofit integrated health care system, with the 2019 Green Power Leadership Award for its use of renewable energy sources in the organization’s 39 hospitals and over 700 medical offices. The goal of the hospital system was to become completely carbon neutral in 2020. They achieved this goal by improving their energy use 8% since 2013, saving $19.6million annually, and decreasing their water use 15.3%, saving $2.8 million annually. Their hospitals, medical buildings and offices no longer have a carbon footprint.

Other renewable energies like hydro and biofuel sources have become popular in industry as well. At Microsoft’s Redmond, Washington, campus, about half of generated energy is from hydroelectricity. At the company’s Quincy, Washington, data center, that number is even higher at 83%.

When resources are depleted, it is because the consumption of those 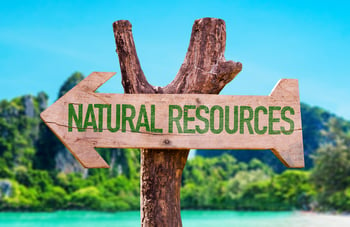 resources is greater than their ability to be replenished.

There has been intense focus on the depletion of several natural resources, from fishing to mining. According to the U.S. Energy Information Administration, the United States consumed more energy resources in 2018 than ever before.

In fact, consumption of petroleum, natural gas and coal increased by 4% that year, making up 80% of total energy consumed in 2018. The consumption of natural gas, in particular, grew 10% over the previous year.

Natural gas is often used to generate electric power and is used widely in the industrial sector. It is also widely known in households as a source of heat. The U.S. Energy Information Administration projects consumption of natural gas will rise by at least 50% from 2010 to 2035.

But what happens when natural resources of any kind begin to run low? In addition to long-term catastrophic consequences, supply and demand dictates that prices can rise as the supply of a resource decreases.

Finding ways to save costs and reduce the use of natural resources is critical for any company’s long-term outlook. Many businesses are turning to Temarry Recycling for help - not only to reduce their transportation costs and carbon footprints, but to increase their sustainability through closed loop recycling.

Closed loop recycling assists with contradicting the negative effects of wasted energy through a restorative and regenerative process that keeps materials at their highest value. This process allows the recycling of materials indefinitely without degrading any of the properties.

For manufacturers, in particular, closed loop recycling converts a used product back to raw material, allowing the repeated process of making the same product. This reduces the use of natural resources while increasing a company’s sustainability.

You can read more about how the closed loop recycling process works and what that means for your company in our article, What Is Closed Loop Recycling?

When energy is overused or wasted, you’re basically throwing money away. At 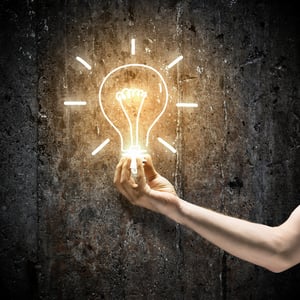 the corporate level, that can be very costly, dipping into profits and ultimately harming your bottom line.

Organizations throughout the world estimate that companies can see a boost in savings with energy conservation. Findings from an Energy Productivity Index in Australia found that companies can boost their profits by at least 2 to 10% by implementing energy-saving systems.

Carbon Trust, an independent organization that works with companies to implement low-carbon technologies and more efficient strategies, found that simple energy-saving policies that include system upgrades and better training among staff can see a 20% profitability of these types of investments.

According to the organization, some companies in the retail sector with efficiency projects have seen an internal rate of return of as much as 82%.

Reducing energy waste in any company, especially during manufacturing, keeps industry lean and competitive, and often, upgrades pay for themselves.

With an over reliance on non-renewable energy sources in today’s global climate, turning waste into energy has become a widely accepted solution to providing a seemingly limitless renewable and clean energy source.

It’s a new way to look at recycling, and Temarry Recycling is leading the way to create a more sustainable environment by using waste to energy technology to generate energy that powers our solvent recovery stills on site.

The result is a Closed Loop Recycling system that allows waste to be treated and turned back into reusable products. Nothing is wasted and all recycled solvents are reintroduced back into industries.

You can read more about this process in our article, Solvent Distillation And The Energy Recovery Process Explained.

Wasted energy can have significant ramifications for both your company and the environment. Sadly, wasted energy has been a problem across several industries and even households, adding up to the estimated 75% of energy that is wasted each year.

While small changes in your sustainability plan can make big impacts, one of the most effective ways to help is by examining your waste management and recycling practices to see how you can not only conserve energy, but produce it.