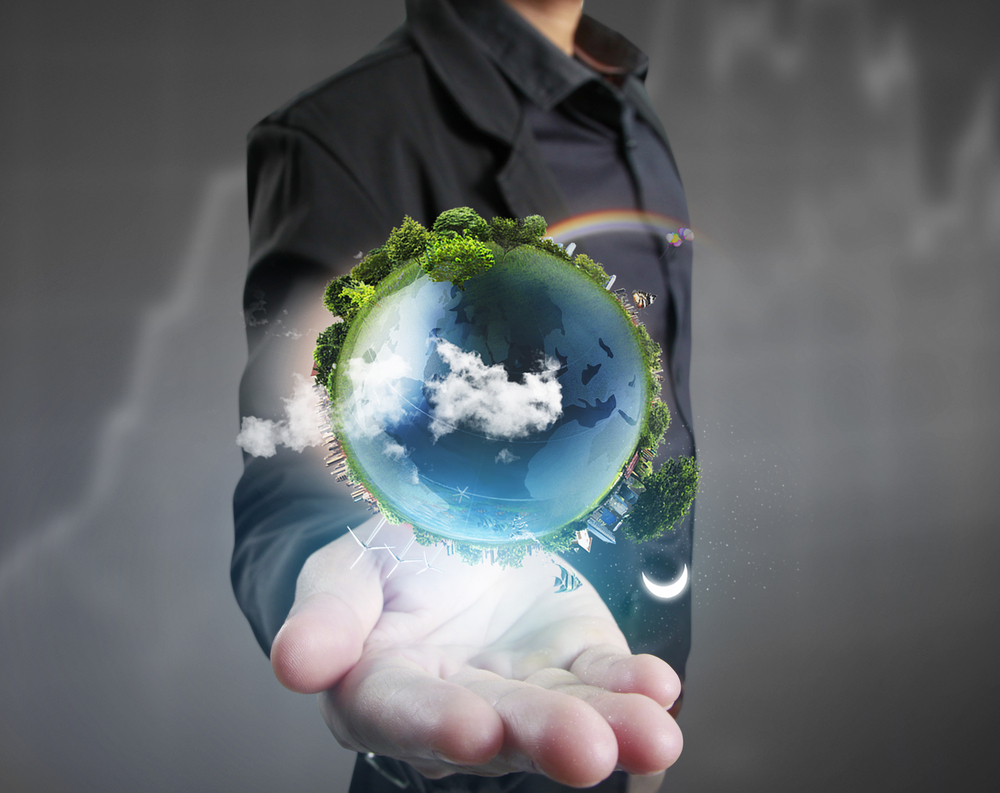 What Is The Circular Economy?

“Necessity is the Mother of Invention.” As the popular English proverb is roughly interpreted, difficult times inspire ingenious solutions.

“Imagine if you could design waste out of your business, replace your product with a service or remanufacture your products. Think of beer made out of leftover bread, leasing lighting instead of buying bulbs or returning your bedsheets for remanufacture.” (Source: Zero Waste Scotland)

These are just a few examples of how the new circular economy model can potentially change our future.

What is the circular economy? The circular economy definition focuses on eliminating waste and the unnecessary use of resources. The goal is to use as few resources as possible by keeping materials in circulation and getting the greatest value from them.

However, there appears to be a more important and disturbing question lingering in the background, one that is not QUITE URGENT enough to be on center stage, BUT may be of greater importance to the long-term sustainability of world economies … the complete depletion of vital and non-renewable natural resources.

It’s at times like these when great questions linger, that fresh ideas are presented that have the ability to shift paradigms and introduce new systems of doing business … ideas that can alter human history.

Why Our Economic Model Must Evolve

It is a model that we have relied upon since the dawn of the industrial revolution, and as resource depletion draws near,  there is a LEGITIMATE QUESTION as to whether this model is rapidly approaching its physical constraints.

There are few  simple forces at play.

Fact 2: There is a finite amount of non-renewable natural resources available. This  includes water, oil, natural gas, phosphorus and coal. All materials that were once plentiful and cheap are reaching the limits of known reserves and a future of costly and potentially destructive exploration to find unidentified sources.

How These Forces Are Playing Out

Here are the current estimates of depletion of these 5 commonly used resources: 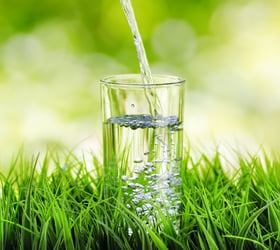 Water: The United Nations projects that by 2025, 1.8 billion people will be living in countries or regions with absolute water scarcity.

Oil: Rystad Energy estimates that the world has about 2,092 billion barrels of reserves, or about 70 years’ worth of oil at today’s production rate of 30 billion barrels per year.

Natural Gas: There was enough gas in proven reserves to meet 58.6 years of global production starting at the end of 2010.

Phosphorus: With the need to feed 7 billion people, scientists from the Global Phosphorus Research Initiative predict we could run out of phosphorus in 50 to 100 years unless new reserves of the element are found.

Coal: Current estimates indicate that there is enough coal to meet 188 years of global production.

NOT Business As Usual

While there are certainly opportunities for new exploration for these resources, there are a couple of indisputable facts that signal that it MAY be time for a change from BUSINESS AS USUAL.

First, our current reserves for MUCH needed non-renewable resources are close in time proximity to exhaustion. Secondly, a rapidly growing population will COMPETE for access to those resources and potentially increase current estimated rates of depletion.

So what’s the solution? Below is what the experts are saying about the circular economy and how it can be a potential solution to enhancing the sustainability and long-term future of your company. 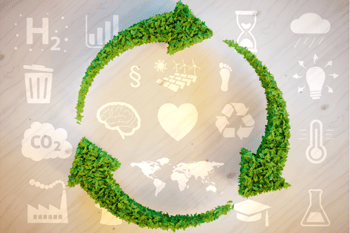 Make no mistake, there is a growing problem.  It will certainly become more challenging for the Millennial generation to come up with solutions…After all, 50 years for some of the most depleted resources will occur within their lifetime.

One very promising solution is the concept of  the circular economy. The Ellen MacArthur Circular Economy concept is that the “circular economy is an attractive and viable alternative that businesses have already started exploring today.”

The best way to explain the circular flow of economy is to think of it as being restorative and regenerative by design. Circular economy designers aim to keep products, components and materials at their highest utility and value at all times.

Regardless of whether there is a dispute about the rate of depletion and quality of existing reserves, the fact of the matter is that an operating model where the end result of a product’s useful life is burying it in the ground is wasteful, and not the highest use of non-renewable resources.

There is a commonsense and rational argument for the encouragement of sustainable business practices and seeing the impact of a circular economy first hand.


How Does The Circular Economy Work?

You may be asking yourself, “Which practice supports a circular economy?”

Unilever, for example, is on track to make 100% of its packaging recyclable, reusable or composable by 2025. Its zero waste initiatives have saved the company more than $225 million. General Motors uses recycled water bottles from Flint, Michigan, to manufacture the engine cover insulation in its vehicles, as well as for air filters in some of the company’s facilities. These initiatives, among others, have generated $1 billion.

These changes, along with these additional circular economy examples, show that a simple but radical shift in thinking has the potential to make a significant dent in the issues related to nonrenewable natural resource depletion, while at the same time creating new opportunities that support a new business paradigm.

Rather than operating under a take-make-dispose approach, these companies now operate under a make-use-return approach, as shown in the circular economy diagram below. 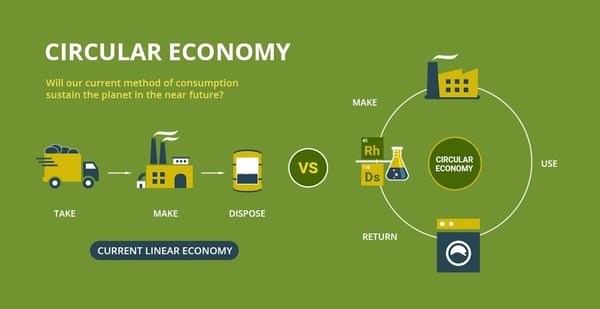 With the rising cost of raw materials, shifting regulations, increased global competition and growing concerns around sustainability related issues, business as usual is becoming a difficult and margin shrinking proposition.

Today, manufacturers are now trying to discover new and sustainable means of optimizing existing processes for designing and developing new products. This is one of the biggest differences between a circular vs. linear economy.

For manufacturing companies looking to overcome these challenges and exploit the vast commercial potential of a more connected global marketplace, exploring the concept of the circular economy in waste management may radically provide growth for an uncertain future.

The Circular Economy and Waste Management

The circular flow of economy can have a significant impact on a company’s waste management both in terms of conservation and lean practices. Temarry Recycling, based in San Diego with a recycling facility in Mexico, is a company that is embracing the concept of zero waste with remarkable results. 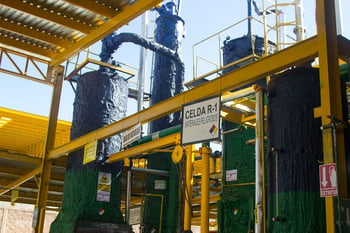 For years, the manufacturing community has sought out ways to reduce their carbon footprint and improve sustainability. Oftentimes, being sustainable comes at a “perceived higher cost.”  The cost could be in higher manufacturing costs, or reduced profitability.

However, by being responsive to customer demand and having a willingness to invest in equipment and manpower, Temarry has successfully developed a process that allows them to take an existing physical product (industrial solvents) and recycle it in a closed-loop process with useful waste byproduct.

Temarry Recycling has embraced the Circular Economy  and Zero Waste concepts and helped move waste disposal towards the circular economy by investing in the following technologies:

By coupling together multiple technologies in a closed loop recycling system, their objectives of “True Recycling” and “Zero Waste” are achieved. More importantly, this service often comes at a lower cost and in a cleaner, more environmentally-friendly way.

It is better for the environment, better for customers, and highly profitable for the bottom line...a true win-win for all.


The Clock is Ticking

The concept of the circular economy is not new.

For ages, indigenous people in territories around the world had a special relationship with the land.  They took what they needed, and used only what was absolutely necessary. They found unique and ingenious ways to use every bit of the resources that they consumed.

We turned our backs on this model long ago in the name of “progress,” consumerism and the “inalienable right” to access Earth’s natural resources.

Imagining a world where its inhabitants lack access to important and life sustaining natural resources like drinking water and phosphorus needed for growing our food sources is scary.

The social and political ramifications of such a scenario are bleak and ominous.

Need some more ideas on how to embrace the circular economy into your operations? Our article, How To Be One Of The Top Circular Economy Companies, shares the steps you need to lay the foundation for a more sustainable future.