These Industries Have The Largest Average Carbon Footprint

The largest sources of emissions comes from the burning of fossil fuels for everyday items used in industry, typically from electricity to transportation.

Although every business within an industry differs in how it operates and the resources it uses, certain industries tend to emit more emissions than others. These emissions greatly impact a company or industry’s carbon footprint.

A carbon footprint is the amount of carbon dioxide and other carbon compounds emitted from the direct and indirect uses of fossil fuels. Knowing which industries have the largest average carbon footprint and what factors contribute to that carbon footprint can better help companies evaluate how they can improve the long-term sustainability of their operations.

This report, which is released each year, estimates emissions that are associated with human activities in the United States. The most recent data from 2018 shows that five economic sectors are the primary sources of emissions: 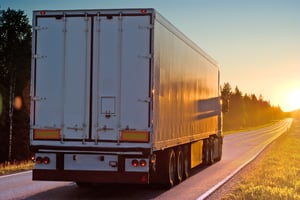 According to the EPA, more than 90% of fuel used for transportation is petroleum-based, which includes diesel and gasoline.

If a company sells or purchases any type of product that is transported using a vehicle that burns fossil fuels, that company’s carbon footprint is impacted.

Electricity-production accounted for approximately 27% of total greenhouse emissions in 2018.

Of the total emissions created by the generation, transmission and distribution of electricity, a majority comes from carbon dioxide. Smaller amounts of methane and nitrous oxide are also emitted.

The good news is, since 1990, emissions from electricity have gone down by just over 4%. According to the EPA, this is due to the more widespread use of energy efficient equipment and more lower or non-emitting sources of electricity generation.

Industry accounted for approximately 22% of direct emissions in 2018. This sector burns fossil fuels primarily for energy, although many companies that create goods from raw materials produce chemical reactions in their manufacturing processes. These reactions release greenhouse gases into the atmosphere.

However, when taking into account indirect emissions associated with electricity use, the EPA reports that industry’s share of emissions was actually closer to 29% … making it the largest contributor of any sector.

Commercial and residential accounted for just over 12% of U.S. emissions in 2018. In this sector, the greatest contributors to this number results from burning fossil fuels for heat, using products that contain greenhouse gases and the method by which waste is disposed of.

According to the EPA, the total amount of emissions in this sector has increased by 9% since 1990.

Agriculture was responsible for about 10% of emissions in the United States in 2018. The majority sources of these emissions stemmed from livestock, agricultural soils and the production of rice.

Since 1990, emissions from agriculture have gone up by just over 10%, according to the EPA. Behind this increase are enhanced use of emission-intensive liquid systems in the management of soils and livestock manure.

Contributors To A Carbon Footprint

In fact, it is likely your industry’s carbon footprint is impacted by two types of emissions: direct and indirect.

However, many companies in the manufacturing industry likely also produce direct carbon emissions through chemical reactions that occur when producing chemicals, cement, iron and steel. Even factory equipment may burn fuel for power or heat.

For the commercial sector, businesses with company fleets can also be responsible for direct emissions when their passenger cars and trucks transport products. This action produces carbon dioxide emissions.

Even travel for business in any industry can contribute to a company or industry’s indirect emissions. By purchasing an airline ticket, your company is contributing to the emissions that a plane emits during travel.

A Movement Toward Sustainability

By understanding which industries contribute most to emissions and have the largest average carbon footprints, companies can begin to make changes that improve their own sustainability plans.

In addition to the carbon footprint contributors outlined above, waste transportation also plays a significant role in the amount of emissions a company and industry as a whole are responsible for.

Because of this, many companies that produce hazardous waste are re-evaluating their waste streams and how they dispose of it in an effort to move toward greater sustainability practices.

Currently, many manufacturers in the Western United States ship their waste across the country to cement kilns in Kansas or Arkansas where their waste is fuel blended, a common form of open-loop recycling. Due to this long journey across the country, companies dramatically increase their carbon footprint through the burning of fossil fuels needed for diesel fuel.

This not only impacts a company’s carbon footprint, but its transportation costs as well.

In an effort to reduce their carbon footprint, companies are taking advantage of an alternative to fuel blending that Temarry Recycling offers just across the Southern California-Mexico border. You can read more about this closed-loop recycling process that repurposes solvents for continuous use in our article, The Top 5 Benefits Of Closed Loop Recycling And Recovery.

Taking advantage of the shorter transportation distance not only saves on fuel costs, but dramatically reduces a company’s and overall industry’s carbon footprint as well.