The very notion of transporting hazardous waste to Mexico conjures up images of hazardous waste drums buried in the Sonoran desert, polluted waterways teeming with toxic sludge, or payoffs to shady inspectors who look the other way.

The real concern for hazardous waste generators is the perception that Mexico has lax or no environmental regulations or standards, and that somehow exporting hazardous waste represents a significant risk that far outweighs any derived benefits. 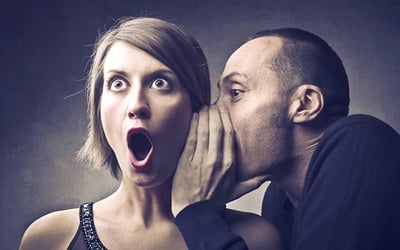 There are many myths about TSDF companies operating in Mexico that import hazardous waste streams into Mexico.

Myth #1 - Mexico does not have environmental regulations

We would like to shatter these myths, and inform hazardous waste generators that in addition, to having some of the most stringent hazardous waste regulation in Mexico imposed on them, Mexican TSDF's offer a cost effective disposal solution and can help you meet your sustainability objectives.

Busting Myth #1 – Mexico Does Not Have Environmental Regulation

Are there hazardous waste regulations in Mexico?

This is one of the first questions that we get asked when meeting with a prospective customer.

The article in the link above does a great job in explaining how stringent the regulations are. In a nutshell, Temarry is held to a higher standard than most treatment, storage and disposal facilities (TSDF) in the United States.

In addition to meeting United States EPA and California DTSC standards as well as transporter regulations in the U.S., Temarry is subject to regular inspections by the Mexican EPA equivalent, SEMARNAT and other government agencies such as the STPS which is equivalent to OSHA.

Our most significant annual regulatory event is the EPA Acknowledgement of Consent. The AOC is the permission granted by the U.S. EPA to Temarry Recycling, Inc., to export RCRA regulated hazardous waste to our facility in Tecate, B.C. Mexico.

The following is a list of permits and licenses that Temarry has to maintain on both sides of the border.

When creating these agencies, Mexico started with the U. S. regulations as a base line and either simply translated them or made slight modifications to address the specific needs of their own country.

Mexico has a solid track record with environmental regulation over the last 25 years, and is emerging as an admired world leader in reducing pollution and greenhouse gas emissions.

In the late 1980’s and early 1990’s, anyone with a truck could easily bring a load of toxic substances into Mexico and do who knows what with it. It was a real problem. 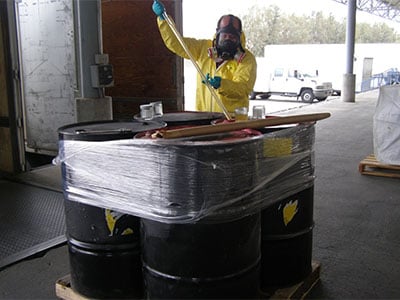 Agencies on both sides of the border recognized the implications of a lax border inspection process.  Beginning in 1992, regulatory agencies started with random inspections at the border to track and curb the flow of hazardous waste being illegally transported into Mexico for the purpose of illegal dumping.

Fast forward to today, with heightened security and concerns about terrorism, border security is at an all-time high.

This recent presentation by the California Department of Toxic Substances Control (DTSC) will provide a thorough background on the hazardous waste inspection process at the border.

Liability is a big concern for hazardous waste generators.

What happens when my waste is shipped to Mexico?

The “cradle to grave,” process is the standard by which hazardous waste generators measures its share of liability. Waste generators in the United States know that they are responsible for their waste from the moment it leaves their facility until it is recycled at a TSDF facility or disposed of in a landfill.

When transporting hazardous waste into Mexico, through Temarry Recycling, the waste generators liability for that waste ends at the US border. At the border Temarry Recycling becomes the Principal Responsible Party in the U.S. and Recicladora Temarry de Mexico accepts generator liability in Mexico.

Waste arrives at the facility the same day that it is imported. After acceptance, handling codes are applied in block 19 and signed as received in block 20 of the U.S. manifest. Generator copy of the manifest is returned directly to the generator within 30 days of receipt of the waste by Recicladora Temarry.

For waste streams legally transported to Mexico, the moment your shipment crosses the border this is the “grave” in the “cradle to grave” process. All future liability from the waste stream is eliminated.

If sustainability is a central component of your corporate mission the last thing that you want to do is engage in a process that is harmful to the environment.  The thought of shipping your hazardous waste out of the country is a scary proposition.

It’s important to have confidence in service providers that WILL carry out sustainable business practices on behalf of your company. In the hazardous waste space this means seeking out TSDFs and hazardous waste transportation companies that share the same values and have a process that is clean, efficient and cost effective.

One recent breakthrough is the closed loop recycling of solvents through  solvent distillation fueled by a clean  “Waste to Energy” system.

In this process all waste has value. Everything is recycled or utilized as a source of clean energy that fuels the operation and NOTHING ever goes to landfill.

By utilizing Temarry Recycling and transporting your waste to Mexico, you are utilizing a “True Recycling” process that will preserve the environment.

As you can see, shipping hazardous waste to Mexico IS NOT the scary proposition that many have perceived  it to be. The Mexican government has modeled its environmental agencies after its counterparts in the United States and is making a concerted effort to ensure that hazardous waste laws are followed for the benefit of its people.

There are rigorous inspections of both shipments as they cross the border and of Temarry’s facility in Tecate, Mexico, ensuring that all hazardous waste that reaches Recicladora Temarry is used for its intended purpose.

For companies located in the Western United States the typical alternative for disposing of industrial solvents is fuel blending at facilities  in the Midwest and Eastern U.S. This represents thousands of transportation miles saved by routing those loads to Temarry.

This means real savings for your business and more profit for your bottom line.