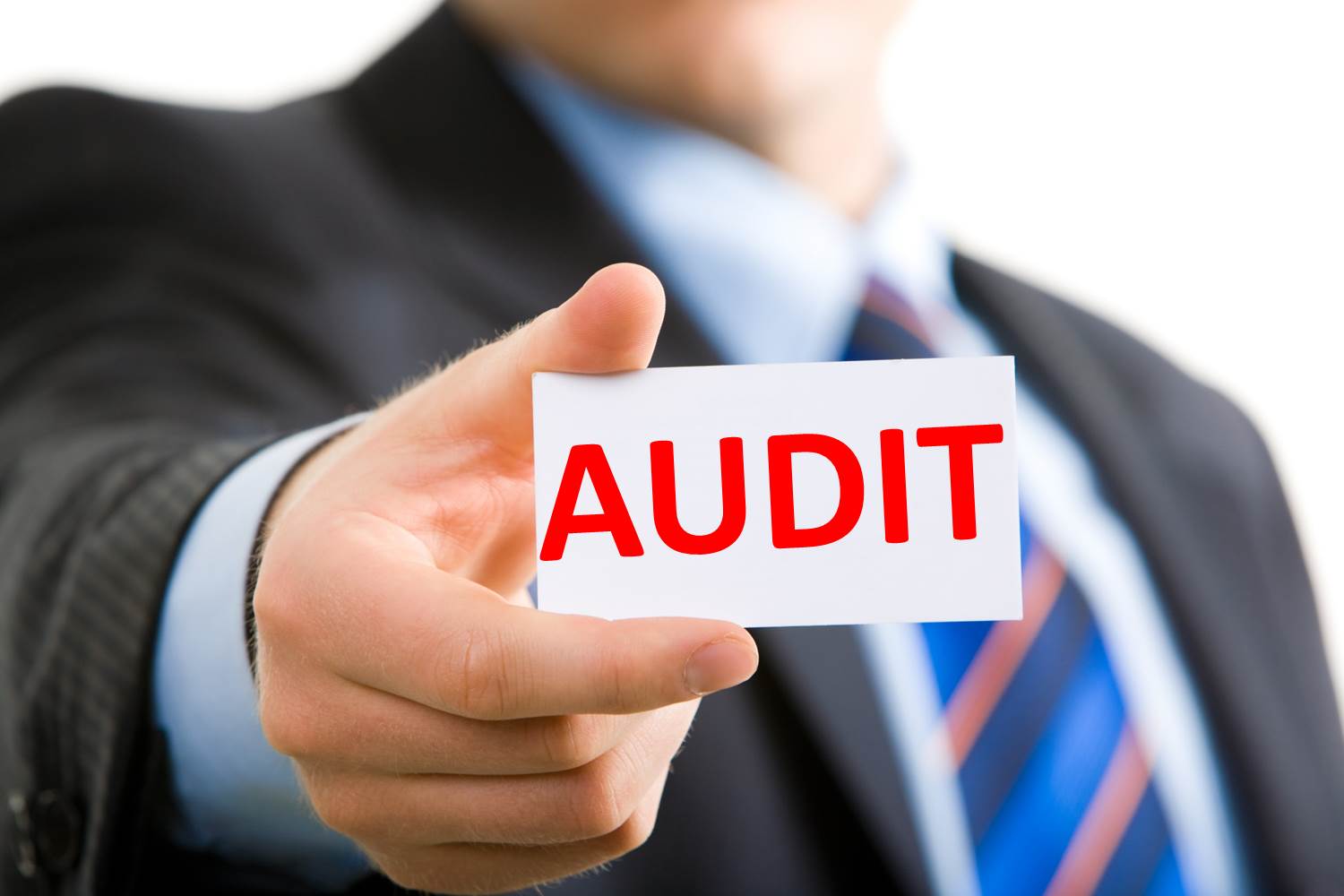 Is a TSDF Facility in Mexico Held to the same Standards as a U.S.TSDF?

So, what’s it like operating a hazardous waste TSDF facility along the Mexico/U.S. border. The simple answer is, very much like the United States. Recicladora Temarry, located in Tecate, B.C. has been in operation since 1997. 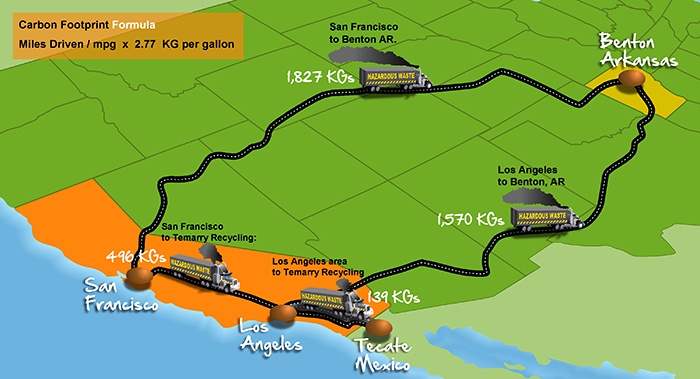 Temarry Recycling must have a permit issued by the EPA delineating the types of waste that they are allowed to export. Recicladora Temarry must have a corresponding permit issued by SEMARNAT granting them authority to import listed types of waste. Each country has its own sovereignty and each country issues its own permits. Both countries are linked together by a treaty called the La Paz Agreement that was signed in 1983.  Environmental issues are agreed to in Annex III.

On April 16, 2015, Recicladora Temarry received notice that they would be audited by the Federal STPS (equivalent to OSHA in the U.S.). The audit would take place one week later on April 23. Like any facility in the U.S., there is a certain amount of anxiety that management has when receiving a notice of audit by any regulatory agency. There are hundreds of regulations.

Dedicated operations personnel spend all day every day following directives set by management to comply with regulations at all times. With a one week notice, if you are not operating within the regulations you will not be able to bring yourself into compliance before the audit.

It is a company’s commitment to compliance, safety and the environment that must be passed down throughout the corporate culture to sustain an audit.

One week is enough time to spruce up and do your own internal audit to make sure all of your records and logs are in order, but not enough time to bring you into compliance. The operator knows that with every audit there is a risk of fines, and for egregious offences, a shut down will be required until deficiencies are remedied.

The Day of the Audit Has Arrived

The audit itself is nothing less than all-encompassing and thorough. The audit team for this agency consisted of 5 people. All team members must sign off on every page of the audit report.

If you would like to see the full 51 page STPS audit, it is available HERE.

This is the actual page that indicates Temarry Recycling had no violations from the outcome of the audit. 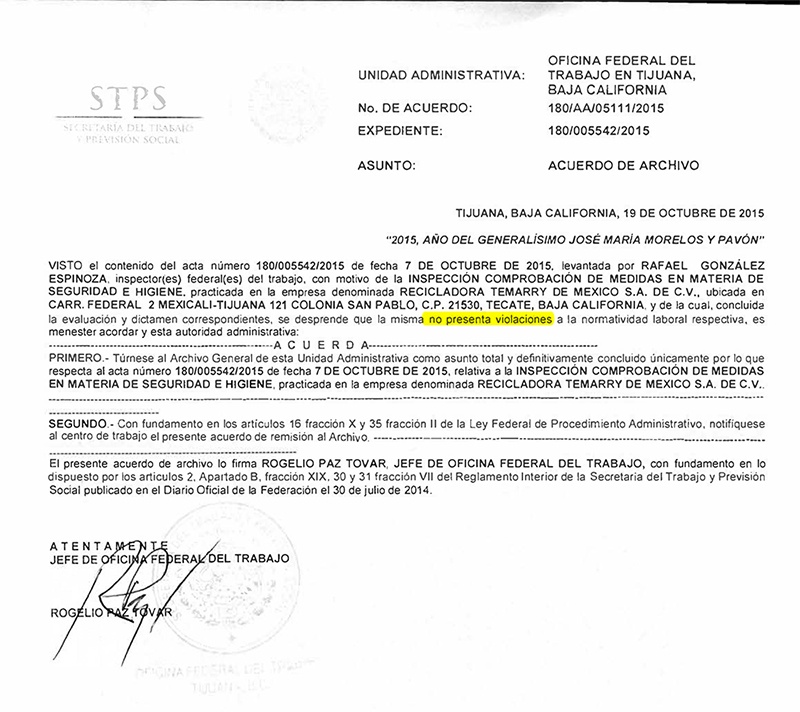 Without delving into actual translation, most English speakers can interpret a few things on page one. The very top part identifies the agency and what they plan to do. The next block starts with th

e time of day and the date of the inspection. It follows with a recitation of all of the specific regulation sections, articles, divisions and parts of the regulations that they are there to enforce.

After that are additional blocks stating different authorities, who’s in charge and other official language that has to be in the report. Notice on the left side that each inspector must initial each page of the report. Each of those inspectors are held accountable for their respective roll in the audit. It also represents a strong deterrent for fraud and abuse.

Another common misperception of Mexico is that Transporting Hazardous Waste To Mexico is illegal, and all you have to do is pay off the inspector and you don’t have to comply with anything. Over the past few decades, Mexico has gone to great lengths to plug those holes. Such as, the example above of sending teams of auditors where each one is accountable. In the case of this inspection, it would have taken all 5 inspectors to be in collusion to promulgate a fraudulent report.  In the case of tax collection, Mexico has an extremely intricate system to make sure that businesses pay their taxes.

The objective of the audit is not just to avoid penalties. Each company audited receives a score which is a percentile ranking with other similar types of businesses.

The final score for this audit was in the 95th percentile with no fines or penalities.

This score enables anyone who reviews it to be able to tell at a glance just how well this company compares to other businesses. It tells the government who their model citizens are and who they have to watch more closely. Most importantly, is the assurance it gives to customers that they have a vendor that is committed to the highest level of corporate responsibility.