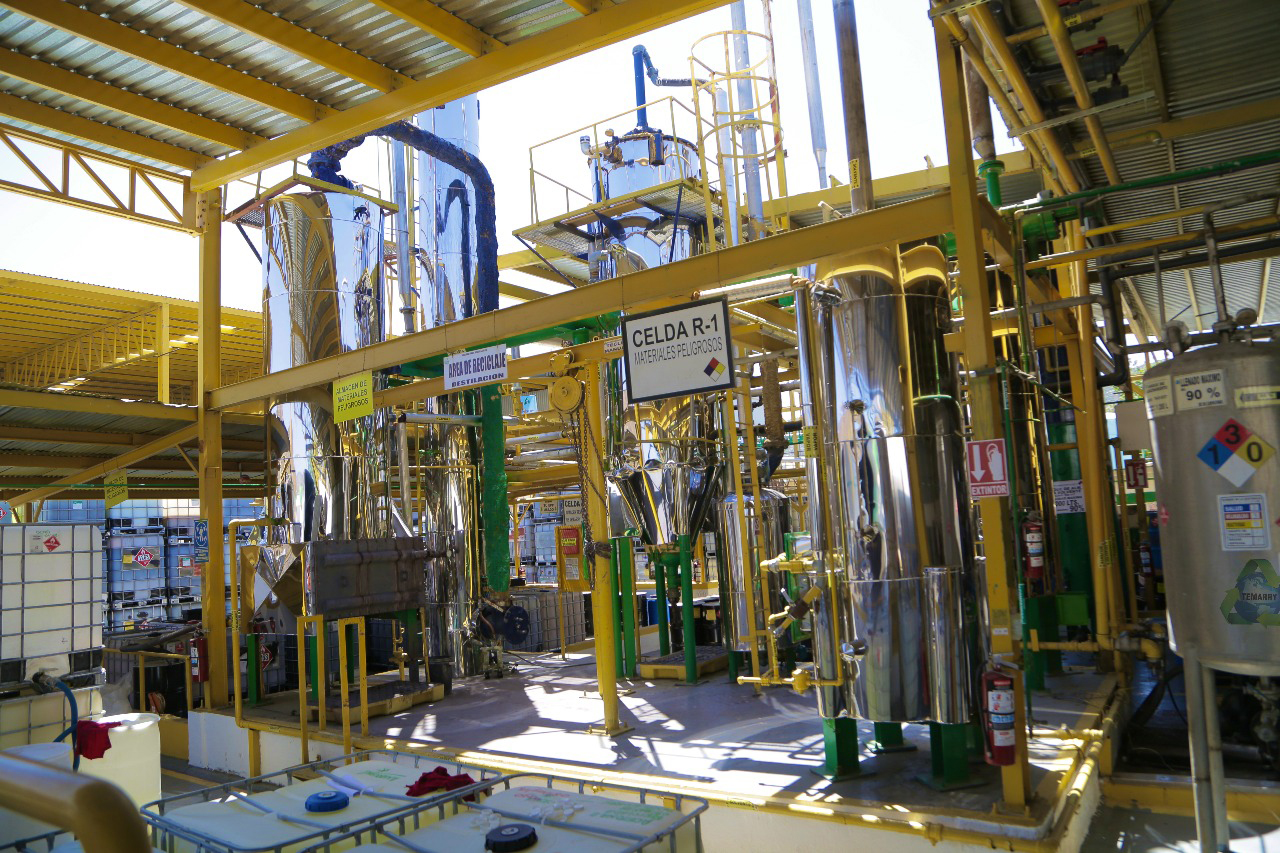 How Does A Solvent Distillation Unit Work?

A solvent is a molecule that has the ability to dissolve other molecules, known as solutes. Solvents can be in the form of a solid, liquid or gas. The molecules of the solvent pull the solute molecules apart.

When this occurs, these molecules become evenly distributed throughout the solvent, creating a homogeneous mixture that cannot be separated physically unless heat or another chemical process is applied. 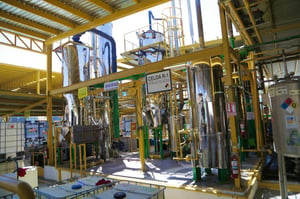 in low boil point components. After the vapor cools and condenses, the liquid condensate is ready to be sold back into industry.

Here is how a solvent distillation unit works:

There is typically a portion of the original mixture that does not vaporize. This portion remains at the bottom of the recovery still and can be recovered and used as an alternative fuel source in some industries.

A wide variety of solvents are acceptable for use in a solvent distillation unit. This allows several different types of manufacturers to take advantage of this sustainable process.

The most commonly recycled solvents used in a solvent distillation unit include:

Other solvents can be found in our eBook, Acceptable Waste Codes Guide. This eBook provides a complete list of acceptable waste codes Temarry Recycling receives to give you a better idea of whether your facility can take advantage of solvent distillation.

At Temarry Recycling, solvent distillation is one component of a Closed Loop Recycling system that 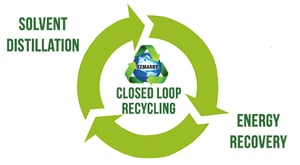 ensures nothing is wasted.

This full-circle system combines solvent distillation with a waste to energy process and water treatment process.

Here’s how it works:

Although solvent distillation can play an important role in returning solvents back to industry, when it is part of a closed loop recycling system, this process plays an even stronger role in reducing hazardous waste and keeping materials at their highest value.

Sustainable companies have an advantage in industry, and the solvent distillation process offers many of these same benefits.

For example, incorporating sustainable practices like solvent distillation can improve a company’s image, help a company stay ahead of ever-changing federal and state regulations, and save costs. In fact, contrary to what some believe, sustainable practices help conserve resources, which leads to a reduction in costs.

For companies looking for ways to achieve high levels of sustainability and have an advantage in their industries, solvent distillation may be one of the most cost-effective and environmentally-friendly methods.