Going Zero Waste? Here’s 5 Companies That Did It

In fact, more and more companies are implementing zero waste practices in at least one part of their production process, meaning they have committed to sending no waste to landfills.

The goal of zero waste is to reuse as much as possible. Although the term, “zero waste,” is general in nature, it can mean very specific things to each industry.

That’s not a bad thing, considering this allows any industry to make a significant contribution to reducing the amount of raw materials used during the production process.

If you are considering going zero waste, here are five examples of companies that have embraced zero waste principles.

Subaru recently celebrated a decade of sending zero waste generated by its manufacturing process to landfills. In fact, at the company’s two manufacturing plants in Japan, it hasn’t sent any waste to a landfill in almost 15 years.

To manage its waste, the company tracks it through bar-coded containers that are then weighed to keep track of how much waste comes from each assembly area. That waste is then sent back to other plants to be reused for other production purposes.

The company’s U.S. plant in Indiana estimates that while its zero landfill program costs about $7.5 million, the company receives roughly $11.5 million in benefits, making this program a financial and environmental success.

In 2014, Unilever achieved its goal of sending no non-hazardous waste to landfills from the company’s factories. This achievement occurred six years ahead of schedule, and according to the company, its mission continues as it looks for additional ways to reduce waste.

And, while the company has disposed of less waste through recycling efforts, it has also produced less waste. They have accomplished both by implementing measures like:

The company has also committed to reducing its food waste produced at manufacturing sites to zero by utilizing the waste in different ways, such as vegetable waste as soil fertilizer.

Of Google’s data centers, six are diverting all of its waste from landfills. Instead, any waste generated at its data centers are diverted to more sustainable options.

While five of these centers are overseas, one of the data centers that has achieved “zero waste to landfill” status is in Mayes County, Oklahoma. It’s here that deployed compactors help manage the waste by providing accurate data for tracking.

Overall, the data centers have been able to achieve this by extending the life of items, improving server management, preparing for new waste streams and sending a small percentage of the waste to waste-to-energy plants. 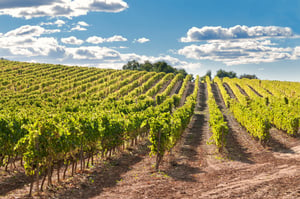 The California company was also the first to publicly report its emissions with the climate registry and the largest wine company to receive “B Corporation” status. Certified B Corporations place an emphasis on balancing business with understanding the impact of their decisions on their workers, the community and the environment.

Operating on 100% renewable energy, the vineyard does not discard its wastewater. Instead, the company cleans and reuses the water by using worms and microbes. Fetzer Vineyards also incorporates recycling, reusing and composting into its waste management.

To assist companies that produce industrial solvents with reaching zero waste goals, Temarry Recycling offers a recycling program that is restorative and regenerative.

The Southern California-based company, with a facility just across the border in Tecate, Mexico, offers closed loop recycling services that aims to keep materials at their highest utility and value … and, out of landfills.

At Temarry, industrial solvents are recycled in order to make a useful waste byproduct. It’s an example of the circular economy in action, which focuses on eliminating waste and the unnecessary use of natural resources.

A waste to energy process converts high BTU organic solids to steam that is then used as energy on-site.

A solvent distillation process then uses the steam generated by the waste to energy process as energy to power recovery stills. Through distillation, spent solvents are re-manufactured and sold back into industry for their original solvent properties.

The final arc to creating this circular economy occurs during a water treatment process. This process extracts usable water from industrial hazardous wastes, including acids, bases, coolants, oily water and latex paint. Treated water is then used for industrial needs on-site, such as during the waste to energy process and in the cooling tower.

Zero waste companies are paving the way toward a more sustainable future. In doing so, they are realizing significant benefits, both in their waste management practices and their financial outlook.

In addition to keeping waste out of landfills, many companies also see reduced costs by cutting transportation and raw material costs, a better public image that appeals to consumers and a competitive edge in their own respective industries.

Not sure what the next step is in order to go zero waste? Our article, How To Go Zero Waste And Lead Your Industry, can help.