Circular Economy Designers: What They Want Waste Generators To Know

The concept of the circular economy dates back several decades, but it wasn’t until the late 1970s when it began to take hold and gain momentum.

Today, the economic system that focuses on eliminating waste and the unnecessary use of resources has been instrumental in the effort to reduce dependency on natural resources, many of which are becoming scarce.

In addition to Braungart and McDonough, the Ellen MacArthur Foundation has been instrumental in developing and promoting the idea of a circular economy by working with and inspiring decision makers to accelerate the transition to this type of economy.

If your company generates hazardous waste, you may have looked for viable alternatives in an effort to cut costs and improve your company’s sustainability initiatives. The circular economy offers a unique opportunity to accomplish these goals while presenting the depletion of vital and non-renewable natural resources.

Here’s three things that the circular economy designers want you to know about this model and what it can do for your business.

1. The Take-Make-Dispose Approach Is No Longer Sustainable


Today, many companies operate under a “take-make-dispose” approach, 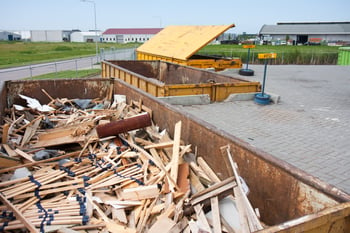 This model operates exactly as it sounds: businesses take raw materials that are collected, make or transform them into products that are used, and then dispose of the product. Often, this waste is hazardous and can have a detrimental impact on the environment.

This approach comes with several setbacks, however. These include unpredictable raw material prices, high costs of constrained resources and the reliance on large quantities of cheap, easily accessible materials and energy.

This approach is simply not realistic. Why? These statistics are just a few that explain why it’s not wise to depend on this economic model:

What is the solution? The circular economy.

It promotes a “make-use-return” approach that keeps materials and products in use indefinitely. This type of economy also eases the burden on natural resources.

Amplified by the COVID-19 crisis, current systems are at a breaking point. The circular economy emphasizes redesigning our systems and moving further away from short-sighted ways of doing business.

2. The Circular Economy Can Have An Impact On Any Industry


The circular economy can have an impact on any type of industry. For 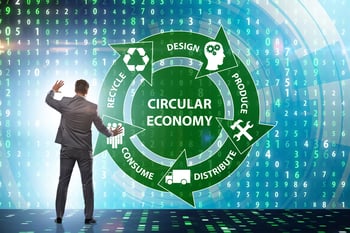 example, let’s take a look at those that generate hazardous waste such as solvent-based liquids, solids and sludge.

Some companies today opt to send their solvent waste to fuel blending facilities. Although fuel blending is considered environmentally-friendly, it’s not an example of the circular economy in action. That’s because fuel blending is an open loop recycling process.

Fuel blending takes organic waste streams and blends them into alternative fuel for kilns used in manufacturing cement. It is considered a form of open loop recycling because it delays disposal by converting manufactured goods and spent materials into different raw materials. These raw materials can then be used for another manufacturing purpose.

While this sounds environmentally-friendly, there’s one major issue. Once these raw materials are used to create fuel, the underlying resources are gone forever.

But there is an alternative that better utilizes circular economy concepts.


What makes this process an example of the circular economy? Through distillation, spent solvents are re-manufactured and sold back into industry for their original solvent properties. In other words, materials are kept in use indefinitely, easing the burden on natural resources.

Furthermore, zero waste is achieved because nothing is wasted … from the organic solids that are converted to steam during the waste to energy process, to the usable water that is extracted from hazardous wastes.

3. Implementing The Circular Economy Can Offer Many Benefits


While it’s a common misperception that implementing circular economy 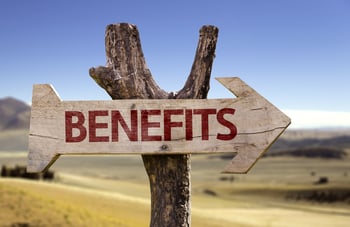 In fact, zero waste companies have a competitive advantage. For example, in 2014, Unilever achieved its goal to keep 100% of the non-hazardous waste it generated in its network of 242 factories from going to landfills. They did this in part by implementing circular economy concepts, such as reusing or recycling products. The company says going zero waste saved them more than $225 million, as well as generated several new jobs.

Let’s take a closer look at our example of closed loop recycling that we examined in the previous section. There are four main benefits to implementing the circular economy in hazardous waste management:


Sustainable business practices often create more efficient operations. When companies choose to send their hazardous waste to fuel blending facilities, that waste is transported across the country to Kansas or Arkansas. For West Coast companies, choosing a company like Temarry Recycling, which is located just across the U.S.-Mexico border, to manage their industrial solvent waste allows them to reduce their transportation costs.


Studies show that consumers are more likely to purchase goods from a sustainable company. Reputation matters, and that’s something for companies to keep in mind when choosing their waste management practices.


Companies that incorporate the circular economy into their waste management plans and work with Temarry Recycling will realize a reduction in cradle to grave liability. That’s because Temarry assumes generator liability status for a company’s waste stream once it crosses the Mexican border. Temarry Recycling is an EPA-authorized exporter of hazardous waste.

These benefits aren’t short-term … they’re long-term, sustainable solutions that offer opportunities for decreased costs, a lower carbon footprint, improved public image and reduced liability, while at the same time reducing a company’s use of natural resources.

The “take-make-dispose” approach is no longer sustainable. Look no further than the depletion of much of the earth’s resources as proof. If your company generates hazardous waste, you may have looked for a viable alternative to manage that waste.

Companies like Temarry Recycling that embrace the circular economy offer an opportunity for companies to take advantage of a viable alternative while enjoying several benefits, from cost savings to enhanced sustainability.