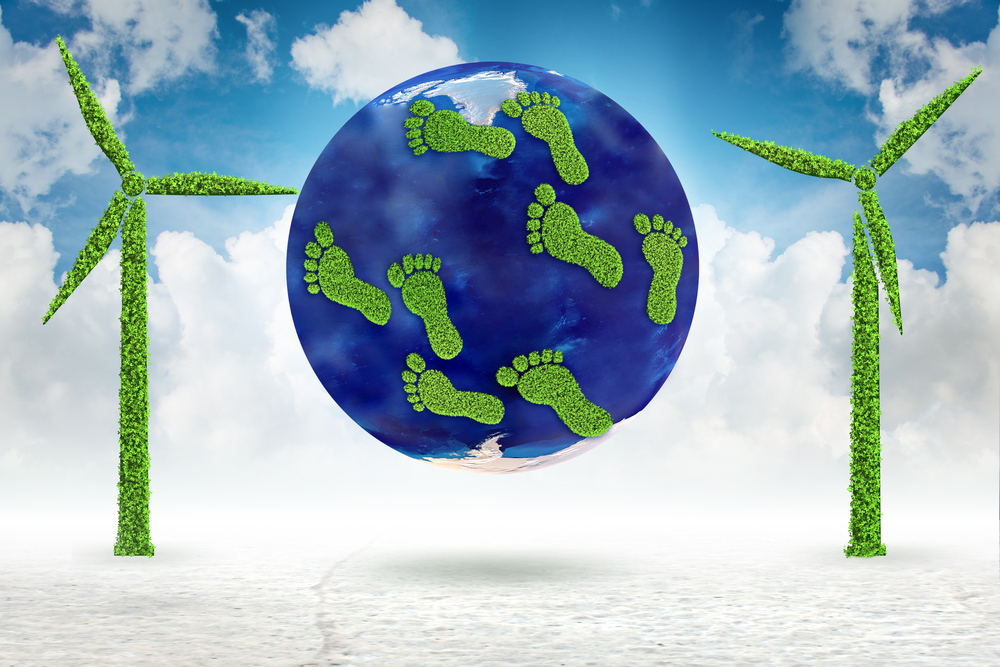 Carbon dioxide emissions are one of the primary indicators of a country’s carbon footprint and impact on the environment.

In fact, according to the U.S. Environmental Protection Agency (EPA), some of the most recent data confirmed carbon dioxide generated from human activities accounted for more than 81% of all U.S. greenhouse gas emissions in 2018.

All countries produce emissions, but some significantly more than others. According to the International Energy Agency, the top 5 emissions producers in the world are:

Below we’ll explore each carbon footprint by country, take a closer look at what factors have landed the United States at No. 2, and ways you can reduce your company’s carbon footprint.

Countries emit enormously different levels of emissions into the earth’s atmosphere. “Emissions” is a general term that is used to describe the gases and particles that are emitted into the air from a wide variety of sources.

One of the greatest sources is the consumption of fossil fuels for energy, but emissions can come from a wide variety of other sources as well, including industrial processes and land use changes.

Emissions greatly impact a company, industry or country’s carbon footprint. A carbon footprint is the amount of carbon dioxide and other carbon compounds emitted from the direct and indirect uses of fossil fuels.

The most recent available data shows China at the top of the list as the largest contributor of emissions in the world. According to the International Energy Agency, here are how the top 5 emissions producers stack up 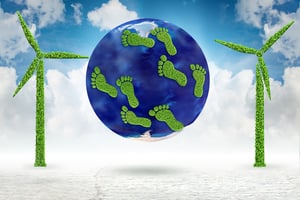 according to total carbon dioxide emissions in metric gigatons (1 gigaton is equal to 1 billion metric tons).

When compared worldwide, China accounts for 28% of carbon dioxide emissions, with the United States at 15%, India at 7%, the Russian Federation at 5% and Japan at 3%.

Why has China landed this top spot? A number of reasons, including the fact that this country has the world’s largest population and has one of the fastest growing economies. In fact, China is home to 28% of the world’s manufacturing, according to the Canton Fair, the world’s largest trade show. That’s nearly as much as the combined amount of the United States, Japan and Germany - and despite the impact of the coronavirus crisis.

We’ll come back to the United States at No. 2.

At No. 3, India also relies heavily on coal as a source of electricity. According to a Carbon Majors Database report, the state-owned Coal India is among the top 10 corporations in the world that emit the most carbon dioxide.

While many countries have reduced their coal reliance over the past decade, India has actually increased its coal usage. In 1992, India’s coal usage accounted for 68% of electricity production. In 2015, that number rose to 75%.

Greenhouse gas emission estimates point to an increase in emissions in India in the future. In 2019, emissions in India grew 1.8%. However, Indian officials have made a pledge, under the Paris Agreement, to ensure 40% of its electricity generation comes from non-fossil fuel sources by 2030. 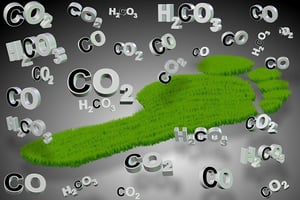 At No 4, the Russian Federation relies heavily on both natural gas and coal. However, according to the same Carbon Majors Database report, the coal industry has expanded into Southwest Siberia. This has accounted for a significant growth in coal production.

In fact, Russia is currently the sixth largest coal-producing nation in the world. The country’s coal production has gone up by nearly 70% since the 1990s. It now produces nearly 373 million metric tons.

It’s important to note that Russia’s population has decreased since 1992 by about 2.8%. This may partially account for Russia’s overall carbon dioxide emissions drop of 15.1% since that time.

The country also ratified the Paris climate accord in 2019, pledging to reduce carbon dioxide emissions to 70% of the 1990 level. However, according to the Moscow Times, a 30% reduction from the country 1990 level would only place it 5% less than the amount of carbon dioxide it produced in 2017.

Finally, at No. 5, Japan greatly relies on oil, though the country has increased its use of renewable energy. The country’s carbon dioxide emissions peaked following the Fukushima nuclear disaster. However, emissions have since returned to the levels the country experienced prior to 2011 when the disaster occurred.

The good news for Japan is that the country has steadily reduced the amount of greenhouse gases it has emitted since its peak in 2013. The Japan prime minister has also set the goal of a carbon-neutral society by 2050.

How The United States Stacks Up

Today, electricity production that relies on coal sources has dropped from over 50% in 1992 to about 33% in 2015. However, the United States has also ramped up its natural gas production, which has significantly increased methane output during production.

In fact, in 2019, electricity production from natural gas sources accounted for 38% of electricity generation, according to the U.S. Energy Information Administration.

But what are the largest sources of emissions within the United States? The U.S. EPA tracks total U.S. emissions by sector and publishes the results in its Greenhouse Gas Emissions report. The most recent data from 2018 shows the top five economic sectors that produce the most emissions are:

Transportation accounted for approximately 28% of emissions in the United States in 2018. Transportation emissions primarily come from vehicles like cars, planes, trucks and other forms of transportation that burn fossil fuels. According to the EPA, more than 90% of fuel used for transportation is petroleum-based, which includes diesel and gasoline.

Close behind is electricity production, which accounted for about 27% of total greenhouse emissions in 2018. Of the total emissions created by the generation, transmission and distribution of electricity, a majority comes from carbon dioxide. Smaller amounts of methane and nitrous oxide are also emitted.

Industry accounted for approximately 22% of direct emissions in 2018. This sector burns fossil fuels primarily for energy, although many companies that create goods from raw materials produce chemical reactions in their manufacturing processes. These reactions release greenhouse gases into the atmosphere.

However, when indirect emissions that occur through electricity use in this sector are taken into account, the EPA reports that the transportation industry’s share of emission is actually closer to 29%.


The commercial and residential sector accounted for just over 12% of U.S. emissions in 2018. In this sector, the greatest contributors come from burning fossil fuels for heat, using products that contain greenhouse gases and 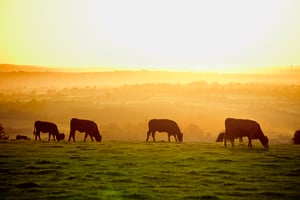 Agriculture was responsible for about 10% of emissions in the United States in 2018. The majority of these emissions stemmed from livestock, agricultural soils and the production of rice.

How To Reduce Your Company’s Carbon Footprint

Taking a close look at the world’s top emissions producers and carbon footprint by country and industry can better help companies evaluate how they can improve the long-term sustainability of their operations.

Every business in the United States contributes to this country’s carbon footprint. Because of this, many companies today are looking for ways to enhance their sustainability, cut waste and reduce their contribution to the country’s carbon footprint. Getting a better idea of the impact your company currently has using our Carbon Footprint Calculator is a good place to begin.

Other ways to reduce your company’s carbon footprint include: 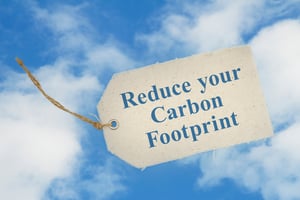 If you’re a company that generates hazardous waste, an additional area you can examine is your waste management process. For those that must dispose of solvent-based liquids, solids and sludge, a waste treatment facility that offers a closed loop recycling process can make a significant impact on your overall carbon footprint.

Closed loop recycling is a restorative and regenerative process that works to keep materials at their highest utility and value. At Temarry Recycling, the closed loop recycling process combines solvent distillation, waste to energy and water treatment to offer a “True Recycling” option for manufacturers that produce this kind of waste.

This recycling process offers many benefits, especially for generators located along the West Coast, including:

Many companies today are taking a forward thinking approach by embracing renewable energy and zero waste initiatives, and reducing their dependence on the world’s natural resources.

These actions not only impact their own carbon footprints, but their countries’ carbon footprints as well. Enhancing your company’s sustainability through preserving more resources and reducing your reliance on natural resources can have a domino effect.

Whether it’s by embracing cutting-edge technology like closed loop recycling or making changes that reduce your company’s dependence on electricity that is generated by the burning of fossil fuels, your company can reduce its contribution to the nation’s carbon footprint.