Can Transporters Capitalize on an Excluded Materials Rule Change?

Who ever thought the EPA would modify a regulation to be less stringent? Most generators, transporters, and waste handlers have heard by now that, beginning January 31, 2014,

solvent contaminated wipes – either disposable or reusable – can be conditionally excluded from being managed as hazardous waste. These are commonly seen as cotton rags or paper wipes that currently carry the RCRA codes of F002 through F005 (except for trichloroethylene) and any characteristic code that is the result of one of those solvents. Primarily that includes D001.

The new exclusion was recorded in the Federal Register Vol. 78 No. 147 dated July 31, 2013. The new exclusion specifies that they expect wipes to go to one of the following three alternatives:

The surprising option on the list is, of course, disposal in a municipal or hazardous waste landfill. 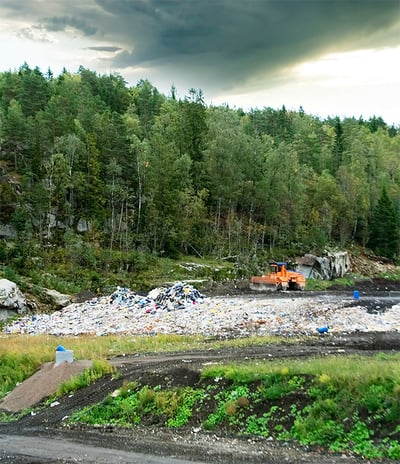 What prompted this radical change in regulation that has been in effect since the 1980s? Way back in 1985, Kimberly-Clark Corporation filed a rule making petition citing an undue burden on the industry. Scott Paper Company joined the petition later on. Thirty years later, this new exclusion is the final response from the EPA to that petition.

The rule change goes into an in depth description of how the EPA evaluated the risk of putting this waste into an unlined municipal landfill. Through this testing they determined that this disposal is safe and drinking water will not be contaminated. We can all feel safe as long as the conditions for exclusion are followed.

Following the conditions of exclusion is what enables a generator to declare that their solvent wipes are not regulated under the provisions of RCRA. Those exclusions are as follows:

How has this new exclusion affected states that have regulations that are more stringent than federal regulations?

The stated intent of the exclusion in federal regulation is to “provide consistency in the regulations governing solvent-contaminated wipes across the United States.” At the time of this blog entry, if the generator of the wipes is from the state of California you can pretty much disregard most of what is written above with respect to converting previously RCRA regulated status to Non-hazardous status.

Two sources within the DTSC have communicated to me that while the state is discussing the issue, they have made no change in the CA regulation which defines solvent wipes as hazardous waste with state codes 351 or 352. One can come to their own conclusion as to whether the state of California will be allowing solvent rags to go to the local municipal landfill any time soon. This does not mean that there will not be regulatory relief for generators in states like California.

Just because you can now landfill a solvent wipe should you?

Despite these changes, the most important aspect of this discussion is whether you SHOULD put solvent wipes into landfills. Temarry Recycling offers a better solution. At Temarry, we believe that recycling is always the best option. As a regulated hazardous waste combustor, we utilize wipes and other debris as a fuel source to generate heat that operates our solvent recovery stills. These stills then produce a product that is returned back to industry. This is “True Recycling”, and the highest level of sustainability serving the Western U.S.

By managing solvent wipes as “Excluded Contaminated-Solvent Wipes” and eliminating the RCRA codes, our regulatory compliance costs are reduced and cost reduction is passed on to our customers. No combustor will ever be as cheap as a local municipal landfill, but Temarry will always represent the highest form of sustainability and have the greatest positive impact on the environment that we all share.